Giving hope to cancer patients for a better life.

Chronic and unregulated cellular proliferation is a phenotypic trait common to all cancers and is a defining feature of neoplastic disease. Through metabolic adaptations, cancer cells achieve the capacity to meet the energetic and biosynthetic demands associated with rapid growth and proliferation. The first metabolic adaptation to be identified in cancer cells is an increased dependence on glycolysis and the preferential conversion of its product, pyruvate, to lactate, despite adequate oxygen availability; this metabolic state is known as the Warburg effect or aerobic glycolysis.

Initially, this observation appeared counterintuitive given the energy inefficiency of aerobic glycolysis compared to the greater ATP production from oxidative phosphorylation. However, research suggests a functional rationale for the Warburg effect based on the finding that these adaptations generate an abundance of metabolic precursors that support the aggressive synthesis of proteins, membranes and DNA. Thus, cancer cells sacrifice energetic efficiency for the anabolic flexibility required to meet the demand for metabolic precursors imposed by rapid proliferation.

In the setting of aerobic glycolysis, cancer cells develop independence from the systemic supply of lipids through activation of endogenous de novo lipogenesis to generate lipid precursors and lipids to fuel cellular proliferation. In this oncogenic state, citrate is exported from the mitochondria to the cytosol where it is cleaved by ATP-citrate lyase (ACLY), supplying tumor cells with the high levels of acetyl-CoA required for membrane biosynthesis and histone acetylation, thus fueling cancer cell proliferation. 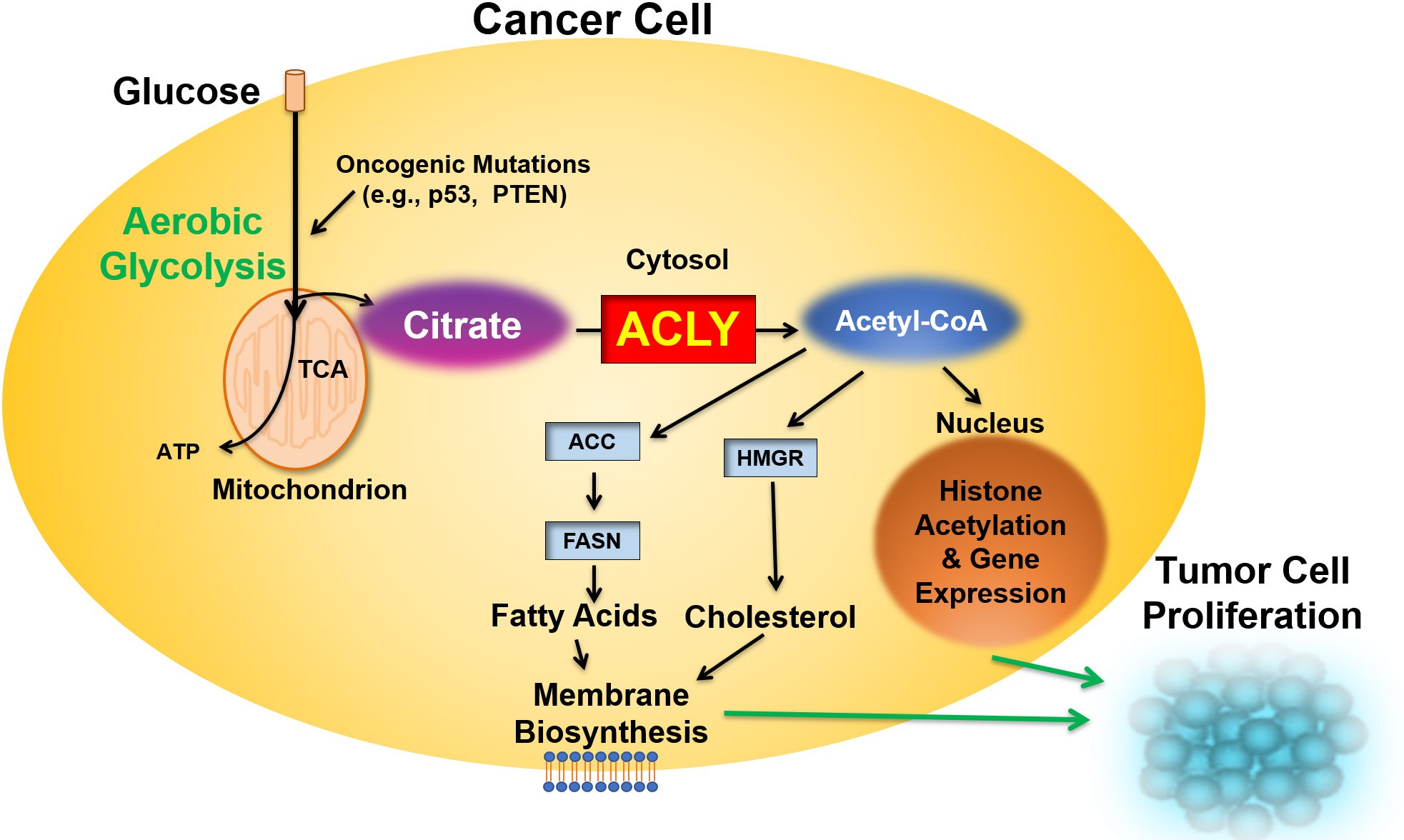 The Effects of ACLY Inhibition on Cancer Metabolism

Given cancer cells’ dependence on de novo lipogenesis, the inhibition of ACLY triggers a metabolic reprogramming cascade that results in significant impairment of membrane biosynthesis and histone acetylation, with concurrent alteration of the tumor microenvironment in ways that enhance immunodetection and T-cell infiltration. Combined, these effects of ACLY inhibition result in decreased cancer cell proliferation, autophagy and cancer cell death. 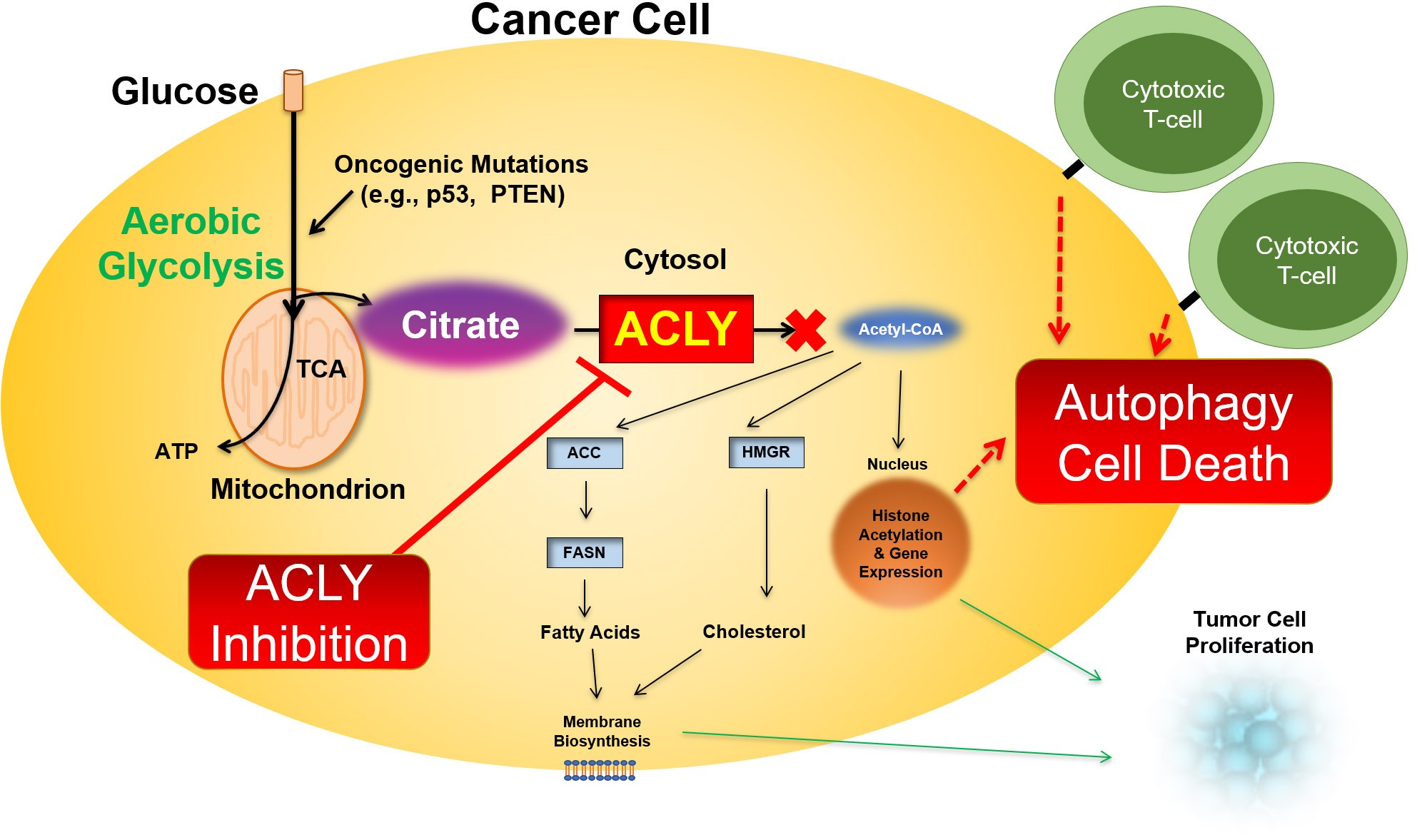